2021 Calico Trail Run Has Been CANCELLED Due To Virus Restrictions

We are all together to 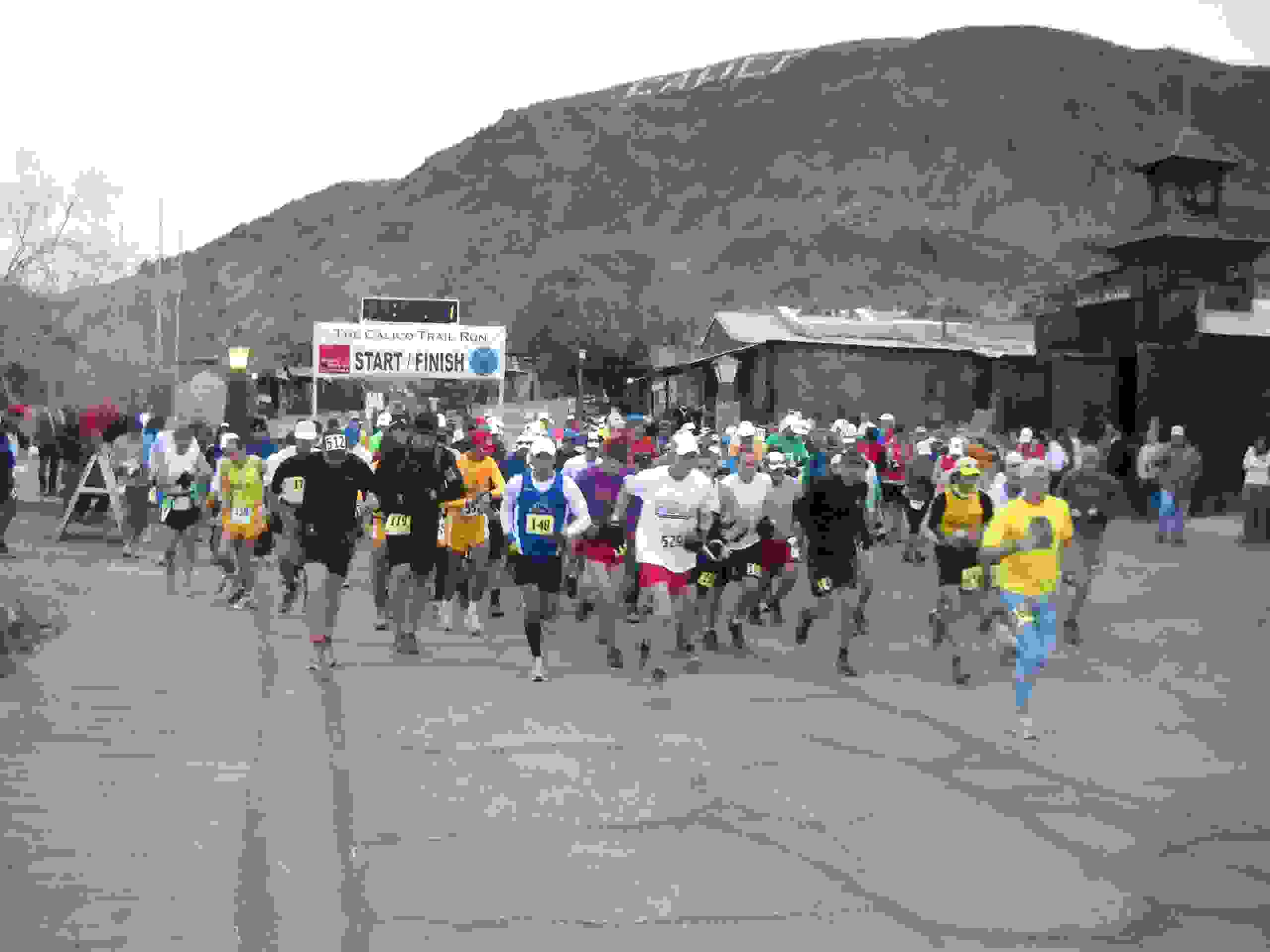 This Trail Run Is Awesome!

... ​​It's an adventure! Historic Calico Ghost Town and Mining District is one of the most beautiful and awe-striking trail runs you will ever experience. Ruggedness combined with the shear beauty of the historic Calico Mountains is the theme of this adventure!
Join us for an experience you'll never forget!

Calico Ghost Town, founded in 1881, is a historic silver mining town 10 miles north of Barstow, California. Purchased in 1950 by Walter Knott of Knott's Berry Farm, the town was restored to it's glory of the richest silver strike of the 1800's. The silver mining stayed strong until the late 1890's when the world value of sivler fell to pennies on the dollar. Fortunately for the town of Calico, rich deposits of borax were discovered in the Calico Mountains in the early 1890's. Mining still continued until around 1910 when large deposits of Borax were discovered a lot closer to Los Angeles near a town now know as Boron, CA. Walter Knott donated the Town of Calico to the County of San Bernardino in 1967. Since then it has been a County Regional Park, dedicated to preserving the towns history.